24 January, 15:034210
National Sport
Wine Run will be held with the support of the Tree of Life brand

Podium Pro: 20 Questions with Will Clarke 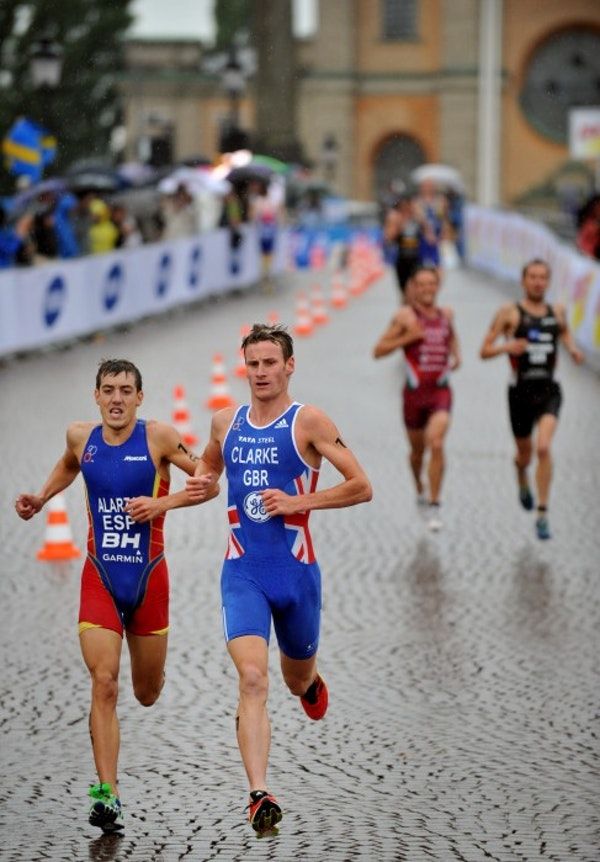 After a disappointing DNF at Ironman Texas a month ago, Olympian-turned-Ironman racer Will Clarke was determined to show his form at Ironman Brazil this weekend – and he certainly delivered. Andy Pottstook the win (in 8:02:58), with Clarke finishing second in 8:06:31 and securing his Kona spot in the process. Brazilian Frank Silvestrin was third in 8:10:20. We caught up with the charismatic Clarke post-race as he traveled back home to the UK.

Triathlete.com: How were you feeling going into this race? What were your goals and aspirations?
Will Clarke: I was feeling really good actually, but I have been very fit all winter and spring. After pulling out of Texas the fire in my belly was strong and I was desperate for a result to be proud of. I’d have liked to have had the top step, but the best guy on the day won the race.

T: Best part of the race for you?
W: I led 130k of the bike without a single turn from everyone else, I felt fantastic and we put a lot of time into the others so I was really happy about that.

T: Worst part?
W: I had a very up and down run, the second half of the marathon I was in and out of the bathrooms and I sometimes got a bad stomach, but I just about held it together.

T: How were the conditions? Anything you struggled with?
W: It was actually hotter than I expected and the wind picked up on the second half of the bike, but otherwise, no, in general the conditions were great for racing.

T: At what point did you realize you were going to podium?
W: To be honest from the first 10-12 miles on the bike, when I saw how big the gaps were through the field I had a strong feeling that us three leaders were going to stay away all day barring disaster on the run.

T: Which part of the race did you execute best?
W: T1 and the first half of the bike. I went through transition as hard as I could and it put a lot of pressure on everyone. Considering we all pretty much came out of the swim together by mile 10 we already had a 90-second gap.

T: Anything you wish you’d done better?
W: I still need to sort out my nutrition so it’s more reliable. I think that’s still one of my weaknesses, especially once the temperature picks up.

T: Post-race food? Any beer, cookies, favorite foods? Tell us all your secrets!
W: We went out for the worst steak I’ve ever had post-race. We complained and got a free dessert though. I love a beer as much as the next person but honestly, it’s the last thing I want to drink post-race – unless I’m in Kona and I have a party to get ready for!

T: First words your coach Matt Bottrill said to you?
W: He was super proud and supportive. We’ve worked so hard on my cycling and it’s paying off now.

T: How sore are you post-race on a scale of 1 -10?
W: 3/10 so far, unless DOMS hits me tomorrow. I didn’t run that fast compared to normal so the muscle soreness seems fairly limited really.

T: Any blisters, any chafing?
W: Nope, this is the easiest I’ve ever got away after an Ironman.

T: First thoughts when you hit the finish chute?
W: Relief and happiness that the suffering has ended! Honestly, I was so exhausted post-race I wasn’t that elated. That came afterwards. Myself and Pottsy were just in pain! I have to say the Brazilian crowds were some of the best I’ve seen and it gave me goosebumps running the last few miles.

T: Mantra that got you through the race?
W: I tried to remain philosophical and I tried not to make any assumptions on how others were feeling. Everyone is insecure in an Ironman race but in reality, very few people run that fast in the last half of the marathon, so as long as you’re moving reasonably well it’s normally enough to hold onto a decent gap.

T: What and when will your first workout be post-race?
W: Once I’m home I’ll start with a few coffee rides on my new BMC road bike and some nice lazy swimming. I also have a wedding at the weekend, so I imagine I’ll be doing some dynamic dancing there.

T: What does the rest of your training week look like?
W: I’m actually planning on racing a 70.3 in a few weeks, my local one, so I need to keep the engine ticking over. I doubt I’ll do anything solid this week at all, probably three swims, two spins, two jogs.

T: What’s next on your racing calendar?
W: 70.3 Staffordshire, my local race. I’m going into it very relaxed. Nobody will be expecting much from me two weeks post-Ironman. Best case scenario I feel great and fight for the win, make some money, and have some fun. Worst case scenario I show up, give it a good nudge, it’s not there, and I jog around and cheer on my friends and athletes I coach.

T: What does the rest of your racing schedule look like this year?
W: I’m going to race most of the races on the British 70.3 calendar, but I also had my eye on Ironman Switzerland. I have some thinking to do now, though, as things have changed after the weekend and getting my Kona slot. I didn’t want to think about that until now.

T: Tell us who your sponsors are…
W: I have been racing for BMC Vit for six years now and I’m the longest standing member. They’re my biggest sponsor and I love being part of the team. I am also running in On shoes and I use Ikor, which is a CBD oil supplement from Boulder.

T: Best post-race recovery tip?
W: Get moving as soon as possible. Very easy cycling and swimming will help you recover faster and help you feel more energized. I also suggest you try to eat well post-race. After an Ironman you’ve got a hell of a lot of making up to do to your poor body.