Does Exercise Lower Your Blood Pressure? 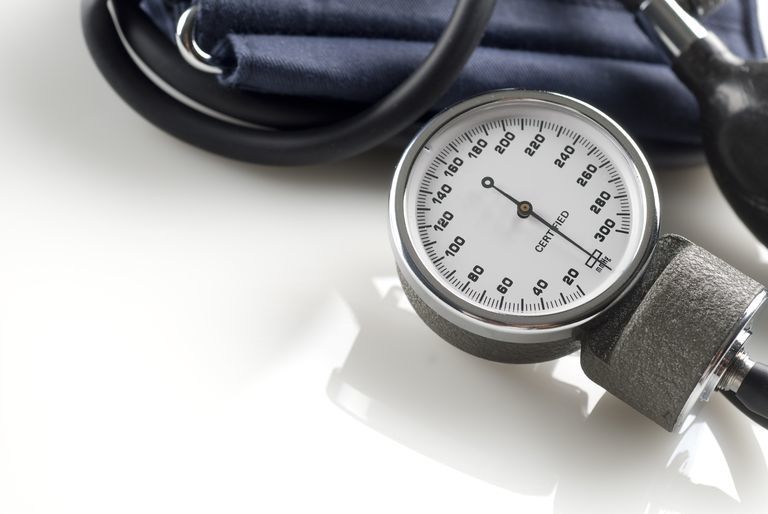 We tapped a leading heart surgeon who works with athletes regularly to find out.

As an athlete, you get your heart rate up on a regular basis. You might even know your resting heart rate, max heart rate, and training heart rate zones. But there’s one heart-related metric too many of us don’t track but should: blood pressure.

“High blood pressure is the most common cardiovascular problem I see in athletes,” says Larry Creswell, M.D., heart surgeon and writer of the Athlete’s Heart Blog. That’s because it’s so common in the general population, active or not.

As an active person, you’re less likely to drift up into the danger zone, but you’re not immune, Creswell says. “Exercise generally leads to lower blood pressure. Physically active people have a 50 percent lower risk for developing hypertension than inactive people, but some people will still develop it despite getting regular exercise,” he says.

What is High Blood Pressure?

Your doctor’s office will measure your blood pressure as a matter of course during routine checkups (some dentist offices even perform the service these days). But you also can measure it on your own pretty easily. Many pharmacies, grocery stores, and big box stores like Target have automated blood pressure machines that you can use for free.

Age, genes, gender (men are generally at higher risk), and ethnicity all factor into your risk for high blood pressure, but diet, exercise, and lifestyle can have a big impact.

A strong heart and supple, healthy arteries help you maintain normal blood pressure. Exercise helps a lot on that front.

Aerobic exercise, such as cycling and running, can reduce your blood pressure up to 10 mmHg, Creswell says. That’s about as much as some medications. Strength training can also help reduce it by about 3 to 6 mmHg, he says. And it’s never too late to make a measurable difference.

In a 2013 study published in the journal Blood Pressure, researchers found that sedentary, older adults reduced their blood pressure by an average of 3.9 percent systolic and 4.5 percent diastolic when they started following a regular cardio exercise routine.

For the best results, the American College of Cardiology (ACC) and the AHArecommend aiming for three to four 40-minute exercise sessions at a moderate to vigorous effort level every week. A spin class, morning bike ride, or after-work run easily get the job done. It’s also a good excuse to get out there at least once or twice during the week as well as on the weekends.

Too slammed to carve out larger chunks of time? You can still help keep your blood pressure levels healthy by squeezing in short five to 10 minute bouts of activity.

In a study published in Medicine & Science in Sports & Exercise, researchers examined the activity levels and heart health of more than 1,500 men and women ages 37 to 55 over a five-year span. Those who racked up about 28 minutes of short-bout activity on a daily basis were 31 percent less likely to develop high blood pressure than those who accumulated the least. For every additional 10 minutes of short-bout activity they got, they reduced their risk by 9 percent.

Adding some mindful, meditative form of cross-training can be especially helpful if you’re chronically stressed. A 2017 study that reviewed the impact of Tai Chi on more than 1,600 adults found that those who practiced the meditative form of moderate exercise reduced their systolic blood pressure by an average of 15.5 mmHg and their diastolic pressure by an average of 10.7 mmHg compared to their peers who didn’t exercise at all. If Tai Chi isn’t your thing, yoga, Pilates, and swimming also count as meditative forms of cross-training.

What to Do When Exercise Isn’t Enough

As you’ve heard a million times, you can’t out-exercise a bad diet. That’s especially true regarding heart health. Too much booze—that’s two drinks a day for men; one daily for women—especially binge drinking can raise your blood pressure, as can too much salt if you’re sodium sensitive (an easy way to check is dramatically reducing sodium for a week or so and seeing if your blood pressure declines).

If your genetic hand isn’t exactly all aces, you might find yourself with elevated blood pressure despite your best diet and exercise habits. If that’s the case, your doctor can help you bring it down with medication.

Some meds can make exercise harder or interfere with your training, so work carefully with your doctor to find the right drug and dosage that works best for you, Creswell says.

“There are a variety of medications available, and it’s an art and science to find the right one for each person,” he says.

“Beta blockers lower blood pressure as well as heart rate and exercise capacity and are often bothersome for athletes,” he says. Generally speaking, athletes should also avoid diuretics, since they can cause dehydration and raise your risk of heat related illness. “ACE-inhibitors and calcium channel blockers are probably the most prescribed choices in the athletic population,” Creswell says.

The bottom line: Exercise can lower blood pressure about as much as some medications. That said, if you have a history of heart disease, high blood pressure, or other heart-related issues, work with your doctor to find the best solution that’s customized for you. If not, regular exercise three to four times per week will keep your blood pressure in a healthy range and provide you with numerous additional health benefits.

Is Your Strength-Training Routine Messing with Your Runs?