24 January, 15:034120
National Sport
Wine Run will be held with the support of the Tree of Life brand 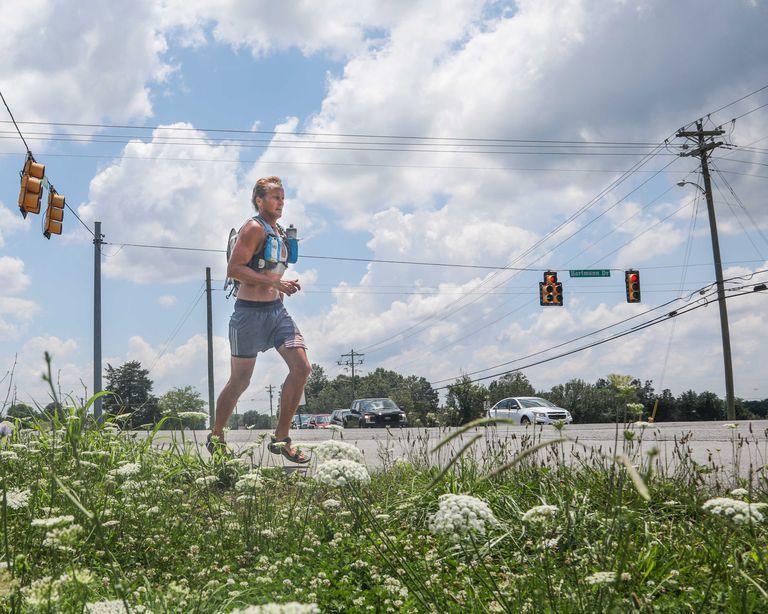 Last Thursday, runners took off on a cross-Tennessee journey for the 2019 edition of the Last Vol State 500K, a race created by Barkley Marathons founder Gary “Lazarus Lake” Cantrell. And it was a sandals-wearing local who was the first to join Cantrell in the throne—a lawn chair—at the finish line.

This was Greg Armstrong’s fifth overall attempt of the roughly 314-mile race across Tennessee, and only his second time uncrewed—he actually holds the crewed record, which he set in 2016. But this year, he set out to beat the time for it uncrewed, since he DNF’d last year at the race in his first attempt to run it that way.

He achieved his goal, finishing first and setting the course record with a time of 3 days, 14 hours, 11 minutes, and 31 seconds. He beat out current unaided record holder Johan Steene, who was running crewed to go after Armstrong’s aided record.

Armstrong’s feat was all the more remarkable considering that he trekked through all those miles in a pair of racing Teva Tanza sandals—and trained in them for 500 to 600 miles a month leading up to the race.

The Tennessee high school biology teacher has been wearing the sandals since 2013, and believes they have served him well at his ultras.

“In races like this and Badwater 135, they’re known for destroying people’s feet with like chunks of flesh coming off the bottom,” Armstrong, 45, told Runner’s World. “I get no blisters, just some light chaffing on the top of my big toe where the sandal strap is. My feet stay dry and the shoes dry off quickly. Including this race, I’ve run 2,700 miles in just this pair.” 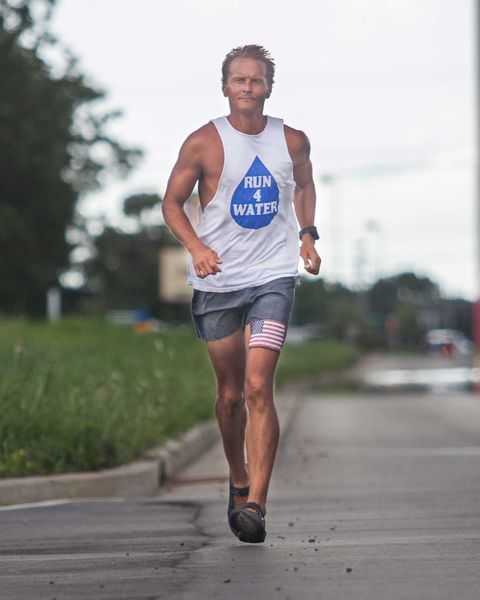 Armstrong also works at a nonprofit, Run4Water, which helps improve areas with poor water quality all over the world. On a particularly wet trip, he realized he needed an alternative to shoes that soaked up water and damaged his feet. That’s when he found Teva sandals.

While Armstrong is sold on the benefits of racing in sandals, we were not so much, so we reached out to a podiatrist to see what an expert thought.

Though the structure is sound because the heel and toe straps keep the foot in place, it is not recommended that people race in sandals of any kind, said Alan Bass, D.P.M., a spokesperson for the American Podiatric Medical Association and a podiatrist in Manalapan, New Jersey.

“This is an outlier,” Bass said. “This is a rebel who is great and has no problems at all, but 99 out of 100 [people] I would say would probably not be comfortable running in this type of shoe. My best answer would be to go on Teva’s website and see if they recommend it. Then ask yourself, ‘Do you see anybody running in them?’”

This isn’t to say the shoes are bad. For casual use, Bass recommends these over flip flops and open-back shoes.

“Anything with structure like a Teva sandal, where the strap goes around the back, hugging the Achilles tendon, is great for somebody as opposed to wearing flip flops or open-back shoes,” Bass added.

They just aren’t for running. For that, well, Bass recommends a real running shoethat’s made for competition or whatever terrain you’re running on.

Armstrong certainly was an outlier with the shoe, running without blisters or any other foot maladies during the race aside from minor chaffing on his big toe, as he made his way to victory.

“It’s hard to describe the emotional roller coaster that is Vol State,” Armstrong said. “I’ve known Laz for a while. He’s not known for handing out compliments or praise, but when I was sitting on the throne, I’m paraphrasing, but he said it was one of the best performances he’s ever witnessed. That compliment I’ll never forget, considering who it came from and what he’s seen in his career.”

Experience aided Armstrong’s journey, but the uncrewed lifestyle was difficult at times. Armstrong stayed outside for the entire trip minus stops in gas stations to refuel with Gatorade, ice, Pringles, Pay Day bars, and other fuel. Restaurants were saved for the middle of the day when he needed a 20- to 25-minute breaks from the Tennessee heat.

Though he traded the lead with Steene throughout the earlier part of the race and two ran together at times, Armstrong still found himself alone on the course often. For the last 24 hours, he was completely by himself. At one point, people in a town he passed through thought he was homeless when he was seen taking a nap in a ditch on the side of the road.

“It was tough logistically, especially when I had to carry 15 pounds of food when there was 30 miles between gas stations,” he said. “But I wanted a full experience, so whenever I was tired, I laid down in a ditch or on a park bench for a nap.”

With 2,700 total miles on the shoes, Armstrong is finally thinking of retiring the shoes. The only thing holding him back? The Tanza was discontinued in October. He purchased eight pairs at the time, but now these are his last of that bunch.

He thinks it’ll take time to find a suitable replacement for his beloved sandals, but he’s confident he can find an open-toed option that will fit his lifestyle.

“These have been my all-purpose shoes for my active lifestyle of work and running, including running to school, which is great because I don’t have to have sweaty socks lying around all day,” Armstrong said. “My students joke that they can tell the temperature is changing when I wear socks. They think I’m an unfashionable teacher who wears socks with sandals, but anything under 30, I’ll put on toe socks.”