11 November, 14:114450
National Sport
The after movie of the first Chisinau online marathon

10 August, 07:409130
National Sport
Chisinau Marathon has been postponed to next year

Everything You Need to Know About Ultra-Trail du Mont-Blanc 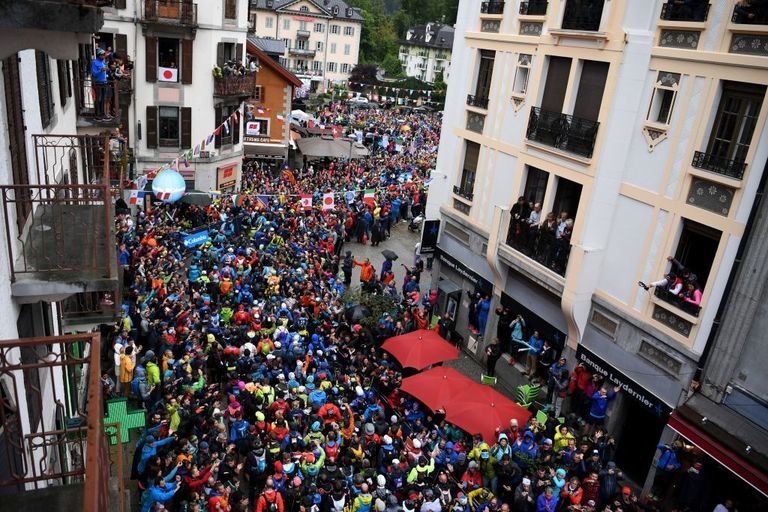 This 106-mile race in the Alps is not for the faint of heart.

The Ultra-Trail du Mont-Blanc (UTMB) is arguably the World Cup of trail running as the 106-mile race is considered one of the most popular trail events in the world. The course takes runners through the Alps in France, Italy, and Switzerland in a loop that some of the best ultramarathoners have sought to conquer since 2003. This is likely because of the beautiful views seen in mountains, the challenging terrain, and battling up 32,808 feet of total elevation gain. The race is generally held at the end of August and beginning of September each year. The 2019 event kicks off on August 30.

The legacy of Chamonix boasts one of the most-cherished race experiences in the world, and for those lucky enough to test themselves in mountains surrounding this small French town, or for those who just want to spectate near and far, here is what you need to know about UTMB.

UTMB is unparalleled in its access to all of its races. The race offers live streaming, which can be found here, of all of its events, following the leaders at the front but also giving spectators near and far the ability to track their runners as they come through aid stations by both their time and time-stamped videos of them coming into aid stations. What’s even better is the live tracking, which is very accurate considering the race is held in the Alps spans three countries.

Like other major sporting events in France (think Tour de France), UTMB packs trail running fans into Chamonix, more than doubling the town’s population of about 10,000. Behind an elite corral for the top men and women in the race, another 2,100 runners wait up to two hours, sometimes standing in the rain, to get a good spot at the start line in front of the iconic St. Michael’s church in the center of town. The start itself is a spectacle for sure, with music, announcers, and fans watching from every accessible balcony in the area.

As the premier ultrarunning event in the world, the field typically draws some of the best. Think names like Kilian Jornet, Rory Bosio, Tim Tollefson, François D’Haene, Courtney Dauwalter, and just about anyone you can think of.

UTMB is more than just a single race. In fact it’s a weeklong festival of running that includes numerous other races that run into Chamonix like Courmayeur-Champex-Chamonix (CCC), a 101K, Sur les Traces des Ducs de Savoie (TDS), a 145K, Petite Trotte à Léon (PTL) a race that takes teams of two to three over 300 kilometers, Orsières-Champex-Chamonix (OCC), a 55K, and Martigny-Combe-Chamonix (MCC), a 40K held for volunteers and locals of the race.

For such a world-renowned ultramarathon, the race is still young. Having started in 2003, the race quickly grew in popularity, doubling in size from 700 to 1,400 in its second year, and then all the way to 5,000 in 2005. From there, more races of varying distances were added, first with CCC and then the other races mentioned above from then until now.

The extreme growth did present a challenge as registration quickly filled up by 2006 for all races, so qualifying races were added to the registration process. Still, the 5,000 runner maximum was reached in less than 24 hours in 2007 and despite increasing the field to 6,000, it filled up again in eight minutes in 2008. So, the qualifying criteria tightened a lottery was created to give fairer chances to all qualifiers and make it more orderly. Now, registration is based mostly on experience, and the field is capped at 2,300 runners each year.

How to Get In

Race organizers still aren’t done with changes. For the 2020 race, big changes have been announced to the criteria for getting in. The tweaks will come in gradually to honor those who have been part of the current lottery system, and you can find the specifics of the new criteria here.

Brief Look at the Course

Arguably one of the toughest foot races in the world, the 106-mile course circumnavigates Mont Blanc, the tallest summit in the Alps, with climbs more than 3,000 feet tall as part of the quad-crushing 32,808 feet of elevation gain required to complete the event.

You’ll start in the French town of Chamonix, and during your journey, cross into Italy and Switzerland before the single-loop course returns you to France. Plus, as is standard in European races, the race does not allow pacers, meaning you’ll make plenty of friends to help you along the way.

Runners have 46 hours, 30 minutes to complete the climb-after-climb course. If you are so lucky, you’ll be heading into Chamonix before the 46th hour. Never fear if you are close to the final cutoff time as spectators and runners that have been around all week stay to cheer you all weekend long until the final runner comes in. If that’s you, you’ll be part of an amazing UTMB tradition. At the 46th hour of the race, as the cutoff nears, the race presents the UTMB podium at the finish and the winner of the race greets the final finisher, who joins them on the podium to share their accomplishment.