10 August, 07:404890
National Sport
Chisinau Marathon has been postponed to next year

How Much Water Do I Need Each Day? 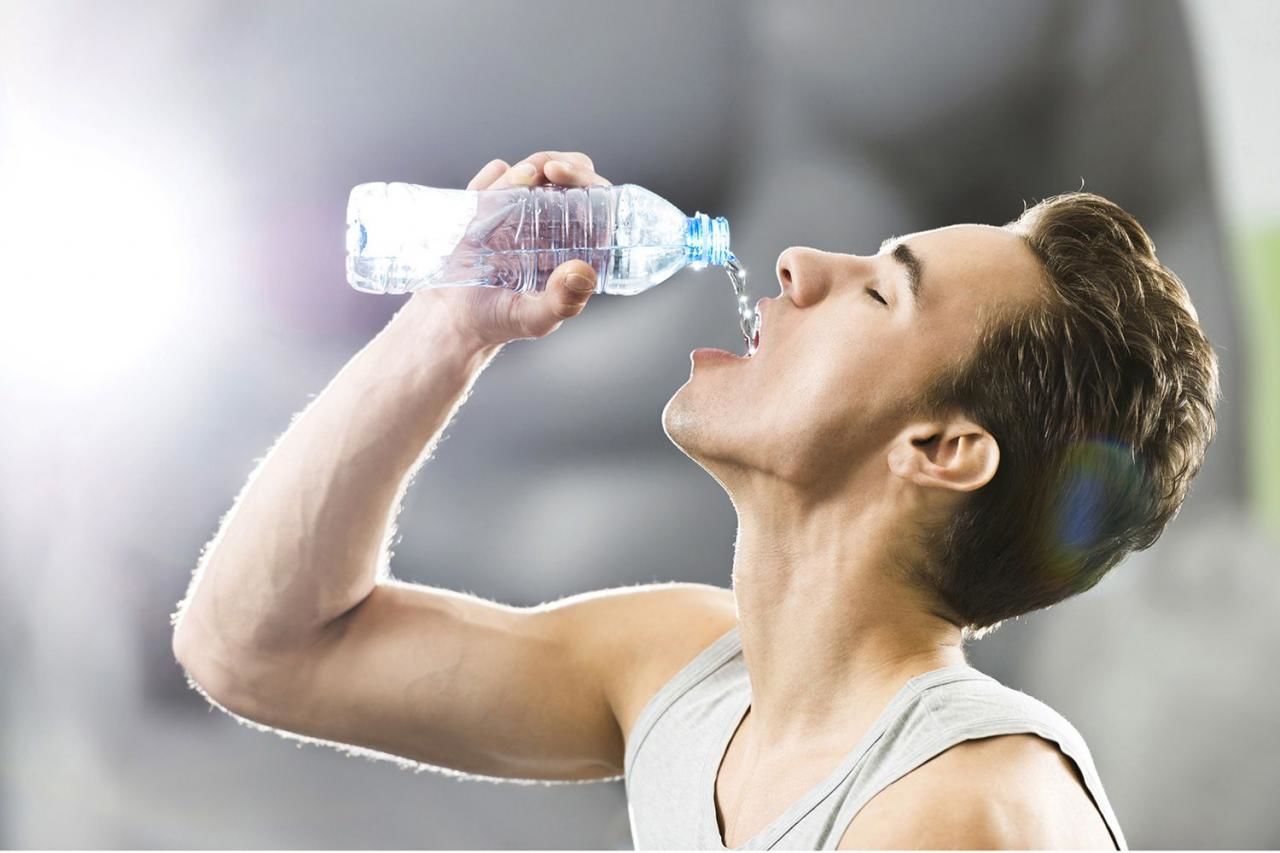 When it comes to how much water you should be drinking in and out of exercise, there is a healthy middle ground.

Even just a few generations ago, up to the 1970s, athletes were advised not to drink any fluids during exercise due to the potential load on the digestive system and a negative impact on exercise capacity. Years later, the advice flip-flopped: Athletes were told to take on a lot of fluids to counteract dehydration and overheating. With the recommendation going from one extreme to the other, the problem became not dehydration but overhydration. Extreme hydration can cause serious complications, including hyponatremia (a deficiency of sodium in the blood), which can lead to death. There is a healthy middle ground.

How much water do I need each day? The correct amount of fluids in the diet depends on many factors.

Temperature and humidity: More fluids are needed when it’s hot and humid.

Type of physical activity: Exertion can raise fluid requirements toward 10 liters per day.

Some athletes assess their hydration levels based on the volume and color of their urine. Dark yellow urine means that the body is very dehydrated and requires immediate replenishment of fluids. A bright yellow color indicates a high degree of dehydration; yellow, a moderate degree of dehydration; light yellow, acceptable hydration; and clear, colorless urine means that the level of fluids in the body is good.

A more accurate method of determining hydration levels—although not applicable for everyday use—is the measurement of urine density using an osmometer, which is best done in a laboratory. Osmolality is a picture of the concentration of sodium, potassium, chloride, glucose, and urea in plasma as well as in urine and feces. The higher the osmolality, the worse the hydration.

The sensation of thirst prompts the body to supplement about half the volume of lost fluids. However, thirst appears only after you’ve lost 1–2 percent of your fluids, which seems small but can significantly reduce athletic performance. Using thirst as an indicator of fluid demand can be misleading. And just as the feeling of thirst doesn’t reflect the exact moment of fluid loss (it’s too late, in fact), drinking enough to quench your thirst doesn’t mean you’ve fully hydrated your body.

During exercise, fluids are lost through sweat but also through the normal functions of metabolism and in the kidneys and lungs. Each gram of glycogen binds about 2.7 grams of water, which is released during glycogen oxidation. During intense training, if we burn 1,200 calories with about 80 percent of the energy coming from muscle glycogen, 800 milliliters of water will be released. About 900 of the 1,200 calories will be removed from the body in the form of heat, if the body temperature is to remain unchanged. The elimination of 900 calories is associated with the evaporation of about 1.5 liters of water. This process, therefore, significantly contributes to the dehydration of the body.

Q: How much water do I need each day?

The simplest way to calculate water demand is to assume that 1 milliliter of water is needed for every 1 calorie in your diet. For someone with a 2,000-calorie diet, 2 liters of water should be enough. A different method to determine water intake is to drink 300 milliliters for every 10 kilograms of body weight (22 lb). So, someone weighing 80 kilograms (175 lb) should drink about 2,400 milliliters, or 2.4 liters per day. These recommendations exclude the hydration requirements to recover from exercise, which are described in the book.

Fluids come from not only water but also other food and drink, such as tea, coffee, fruit and vegetable juices (which are 85–95 percent water), milk and milk drinks (80–90 percent), soups and purees (70–96 percent), and fruits and vegetables (about 90 percent).

Refer to the water intake guidelines in the book to see how much water is recommended according to your body weight.

Republished from Sports Nutrition Handbook by Justyna and Krzysztof Mizera with permission of VeloPress.

More from the Book

Eat Smart. Be Healthy. Get on Top of Your Game.