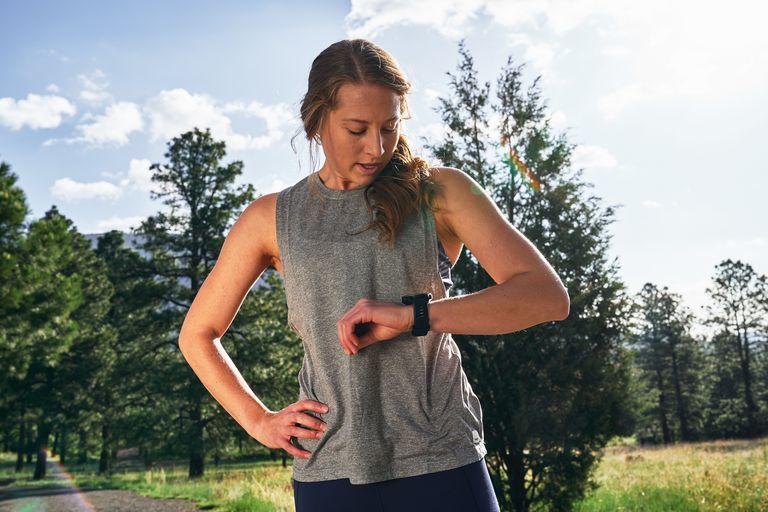 Yes, you can get positive vibes from sharing on social. But it may also cause your running to take a turn for the worse.

If you wanted to, you could track (and marvel at) every one of Camille Herron’s training runs on Strava leading up to the 2015 100K championships in the Netherlands.

After joining the app, Herron thrived on the community and transparency. “I wanted to show people the work that went into what I was doing,” she says. It was impressive—her 120-plus-mile weeks helped her win the title in 7 hours, 8 minutes, and 35 seconds. She later went on to win the USATF 50-Mile Road National Championships in 5:38:41.

For many, sharing your training on a run-tracking app like Herron did can bring positives. Some see it as a source to fuel their training or as a way to connect with like-minded training partners. And in low-motivation moments, scrolling through gorgeous scenes of others’ sunrise miles on Instagram can provide just the kick in the rear required to silence the snooze button.

But running for kudos and likes doesn’t work for everyone, or all the time. Take Herron. In 2016, sharing so much—and absorbing people’s feedback—started to feel overwhelming. When bloodwork revealed high levels of the stress hormone cortisol, she took a temporary break from technology, going back to a non-GPS watch and paper log. The strategy led her to more podiums, including a win at the prestigious 2017 Comrades ultramarathon.

Her lesson illustrates that constantly tracking and sharing can be a downfall if you can’t harness its power correctly.

Besides adding anxiety, the pressure of displaying every run can negatively impact the way you train. “When I use Strava, slow numbers make me feel bad,” says Chicago’s Erica Agran, 47, a blogger who’s highly active on social media but rarely shares her workouts.

On the rare occasions she goes public, she pushes harder than she intends—running her easy outings at close to half-marathon pace, which she knows is too speedy to allow for recovery.

Competition—whether it’s chasing segment records or comparing your times
to a friend’s—can derail people instead of becoming a motivational tool. “I worry that there’s so much you’re comparing yourself to that you don’t know about and can’t control,” says Shaelyn Strachan, Ph.D., who researches exercise and self-compassion at the University of Manitoba. “It’s a slippery slope into holding yourself to a high and unachievably unrealistic standard.”

That can lead to overtraining, injury, burnout, and even what experts call exercise addiction—when you push so hard that you harm your performance or health, says Josephine Perry, Ph.D., a sports psychologist at Performance in Mind in the U.K. In fact, when she surveyed 255 amateur endurance athletes last year, she found that the risk of such pathological excess was higher among those who used connected technology.

Perry says she interviewed runners who felt great about their workouts until they uploaded their data. “Suddenly they felt like a failure,” she says. “Their joy had been completely stripped from their run simply by comparing themselves to someone else.”

For those competing at the top end, laboring in seclusion can serve you well when the results actually count. “Keeping your training a ‘secret’ can keep your competition on edge and wondering,” providing an X-factor on race day, says Tim Bradley, director of training at the Chicago Area Runners Association and a former coach at Division-I St. Louis University.

For others, it’s less about blocking their training and more about keeping their daily routes hidden. Trail and ultrarunner Stephanie Howe Violett, 35, found herself uneasy when a local competitor in Bend, Oregon, began making in-person comments about her paces and whereabouts based on her Strava data. So she blocked the offender, then dialed up her privacy settings.

You can typically mask starting locations. Still, “I don’t like the idea that even part of my routes are visible,” says Shannon McGinn, a runner and coach at Creating Momentum Coaching in Woodbridge, New Jersey. She began denying every virtual follower request after a man began literally following her to races.

Beyond the apps that share your runs, Instagram and Facebook updates can grate on your non-running friends. “My personality was being overshadowed by my run posts,” says Chicago’s Miguel Blancarte, Jr., 32, on his formerly daily dispatches. Now he says he’s much quieter and enjoying the sport more.

Self-monitoring reinforces behavior change, Strachan says. If you can post and reflect on your efforts with pride, you might be more likely to stick to your plan and perform. However, you’ll want to watch for downsides that can hurt your overall performance

Herron’s optimal approach now involves using a GPS watch to track her mileage and Strava (set to private so only she can view it) to analyze it. She saves the richest details of her training for a notebook embossed with a Greco-Roman-style Pegasus. Physically writing details about her mood and new niggles has put her back in touch with her own body and mind. And it’s helped with more breakthroughs—most recently, 24-hour and 100-mile world records, both set at the Desert Solstice Invitational in December.

“I’ve been able to mesh technology with the old-school way, and it’s made me really happy,” she says.

Consider a Low Profile If You: