10 August, 07:405140
National Sport
Chisinau Marathon has been postponed to next year 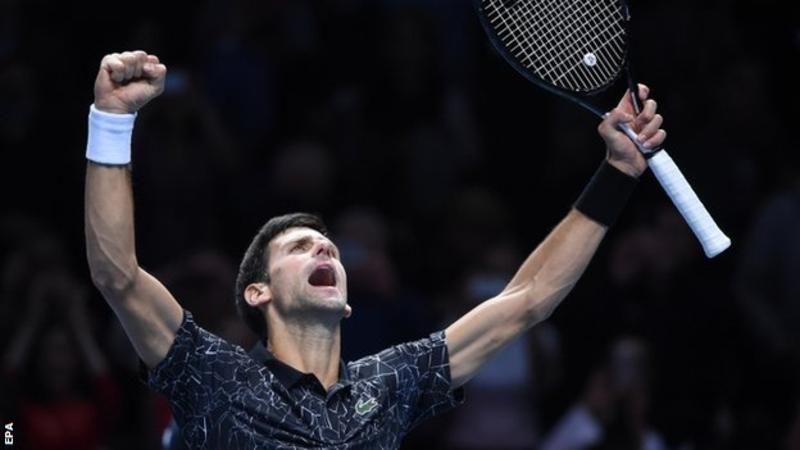 World number one Novak Djokovic underlined why he is favourite to win the ATP Finals with a commanding win over John Isner in their group opener.

The Serb, 31, was in devastating form as he easily dealt with the big serves of American Isner in a 6-4 6-3 victory.

World number 10 Isner, making his debut at the season-ending tournament, was broken in the fifth game of the first set and seventh of the second.

Djokovic then sealed the win on Isner's serve with a crosscourt backhand.

Earlier in the day, Alexander Zverev beat Marin Cilic in straight sets in the other match in the Gustavo Kuerten group.

From favourite, to hot favourite

With world number three Roger Federer having slumped to a surprise defeat by Kei Nishikori in his opening group match on Sunday, the path for Djokovic to a sixth title at the tournament seems ever clearer.

He was already helped by the withdrawal through injury of world numbers two and four Rafael Nadal and Juan Martin del Potro and after this performance he is an even hotter favourite.

An encounter between the leading server on the Tour in Isner and the best returner was an intriguing prospect, but it was soon clear who would have the upper hand.

Isner is a player synonymous with tie-breaks - so impenetrable is his serve - but Djokovic already had him under pressure in the opening game with a break point.

Although he netted his shot to squander the chance, and then missed another in the third, he made no mistake in the fifth game when he broke with a beautiful baseline return from yet another thundering first serve from the American.

Djokovic's own serving was impeccable, winning six of his service games to love, to give Isner no chance of a breakthrough.

He sealed his first break in the second set when Isner netted a forehand in the seventh game and then set up three match points on Isner's next service game - eventually wrapping up victory on the third one with a fantastic backhand crosscourt winner after one hour 13 minutes.

"I had three breaks of serve of John which is sometimes 'mission impossible' but I managed to be at right place at the right time," said Djokovic.

"I held serve well, I backed it up from the baseline, I played very solid and didn't give him many opportunities."

How Djokovic out-served a server

Isner, who at 33 is the oldest debutant at the season-ending finals since Andres Gimeno in 1972, had qualified for the tournament as a result of Nadal and Del Potro's withdrawals.

He has enjoyed his most successful year - reaching his maiden Grand Slam semi-final at Wimbledon, winning his first Masters 1000 title at Miami and finishing the season ranked inside the world's top 10 for the first time.

And he was not overawed by his first appearance on this stage - still managing to deliver 13 aces and serves of more than 140mph, including some second serves reaching more than 125mph.

But the most telling number was the 66% of first-serve points won by a player whose average for the season is a huge 81%.

That is testament to the returning of Djokovic, who kept reading the serves and getting his racquet to whatever was thrown at him time and again.

And the Serb's own percentage of first-serve points won was 86%, which is more the kind of figure Isner is used to posting.

Novak Djokovic is as good as ever. It is a privilege to watch that.

What he is doing against one of the best servers in the world, to neutralise him and turn defence into attack, dominating back of the court, it is phenomenal.

He is in a good place, physically and mentally, his timing of the ball is fantastic and he's oozing confidence.