24 January, 15:031150
National Sport
Wine Run will be held with the support of the Tree of Life brand

21 January, 08:381990
National Sport
All slots for tasting at Milestii Mici Wine Run are sold out 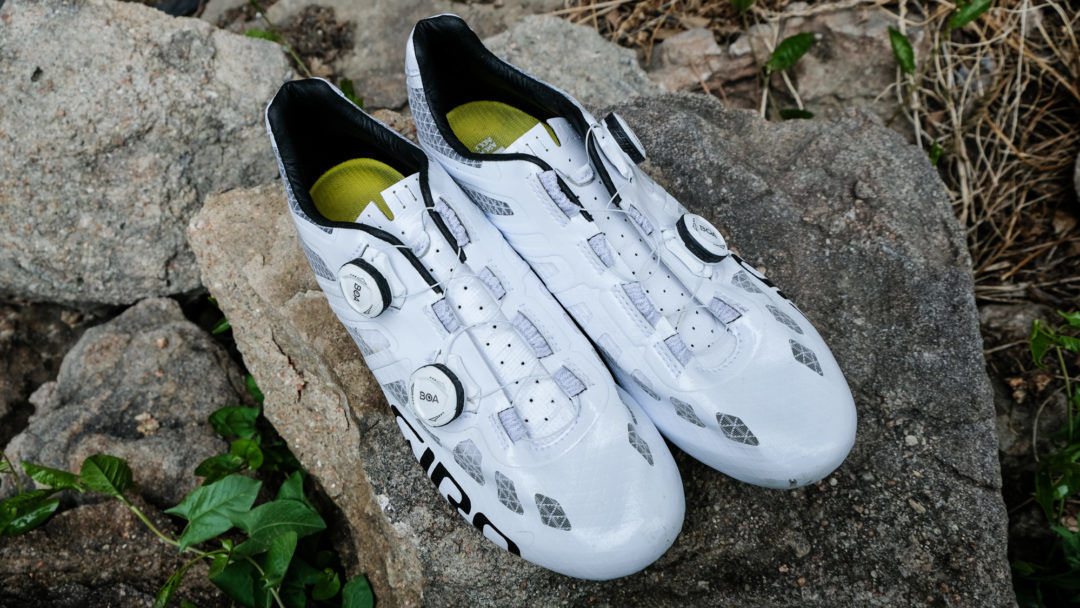 Giro ditches the laces on their new range-topping road shoe. Two Boa dials offer a more consistent fit. How do they play out on the road?

We seem to be in the minimalist period of shoe design. Light and airy occupy the top spots on designers’ priority lists. In that pursuit, it’s easy to lose sight of other priorities like support, stiffness, and comfort. Cramming all that into a single shoe usually boils down to a game of compromise. The Giro Imperial cycling shoes cram it all in there, alright. I’m still looking out for the compromise.

If they seem familiar, that’s because they look and feel an awful lot like the Prolight Techlace shoes Giro launched in 2017. The looks are about all the two shoes share, though. The Giro Imperial cycling shoes feature an entirely new upper construction and materials, and they ditch the laces entirely in favor of a two-Boa-dial retention system.

This feels like a significant improvement. The Boa dials don’t add much weight but go a long way toward creating a consistent and snug feel around the foot. They don’t loosen over the course of a ride like laces can. And should you need to adjust the tension, the Boa dials offer the advantage of on-the-fly adjustability.

Notably, the Boa cable winds through soft lace guides. This may seem like a trivial design feature, but it’s important because these guides help the cable snug up around your foot without creating any hotspots or pinch points, which is possible with hard plastic guides. This, coupled with a padded tongue, keeps your foot firmly in place with a completely even, soft feel throughout.

The heel is also padded, just like the Prolight Techlaces are, and features enough form and stability to keep your foot planted during hard efforts. There’s no fancy gripper material here, but the heel does have some soft padding that extends to the side of your foot. It feels luxurious.

A lot of the Imperial’s magic lies in the upper construction. Giro has used Teijin Thermoplastic Polyurethane (TPU) in its other shoes before, but this time it’s combined with a Synchwire monofilament upper that’s made from an ultralight monofilament mesh.

Okay, let’s back up: basically, the upper is made from Teijin, which lends shape and stability, combined with Synchwire, which is a super-thin mesh that allows for heaps of breathability. The TPU upper is cut from one piece to create a sleek, wraparound fit with fewer seams. The only seam, in fact, runs up the heel of the shoe.

This basically means you should get all the support you need while maintaining breathability and light weight. This played out nicely on the road. The Imperials feel more stable structurally than the Prolights do, but they feel just as airy. And, consistently throughout the ride, my foot felt well-supported by the Boas. That consistency was sorely lacking on the Prolights, since the laces tended to stretch slightly over the course of a ride, leading to some looseness.

Underneath, an Easton EC90 SLX2 carbon fiber plate provides all the stiffness you’ll need and then some. It provides a stable platform and felt more than stiff enough on long climbs and rapid cadence changes (sprinters, Giro loves y’all too).

Giro takes pride in its SuperNatural Fit Kit insoles, which feature adjustable arch support. Simply swap out the arch pads to tailor your fit. This is of course a subjective process, since everyone’s foot is different. But I found the insoles insufficient for my arch and I reverted once again to Bontrager’s inForm insoles.

After spending several rides on the Giro Imperial cycling shoes, I couldn’t help but compare them to Specialized’s S-Works Exos shoes, which debuted in February. The Exos also strive for light weight combined with stability, though Specialized does so with a Dyneema upper and a single Boa IP-1 dial.

Both shoes achieve the same goals and do so in admirable fashion. The Imperials easily win the aesthetics battle, while the Exos shoes handily beat the Imperials in the weight category. (The Exos shoes weigh a mere 300 grams, size 42.) These two sets of shoes have rapidly become my favorite pairs, so a head-to-head comparison seems inevitable. Check back on VeloNews.com early this summer to see how they stack up against each other.

Everything You Need to Know About Running-Shoe Size